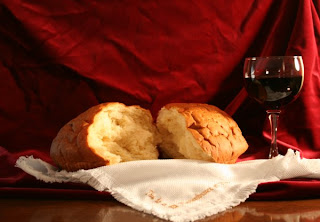 How do we "evaluate" how well (or not) church is "working"?

I realize this is a loaded question for about a trillion reasons. Or, at least three.

1. What business do I have "evaluating" what I believe is the body of Christ?
2. On what basis do I evaluate? Attendance? Atmosphere? Aesthetics? Conversions? New Members? Demographics? Membership increase (or not)?
3. How, exactly, is church supposed to "work"?

Here's what has me thinking along these lines. We had our Maundy Thursday service last night; it consists of Communion (with a meditation) and a Tenebrae Service. So many things go into making this service come together. Seven readers, a choir, the bell choir or bell soloist, weather (because of the space in which we hold it-- light and darkness have a strong impact on the experience), the liturgy itself, choice of preaching passage, the meditation. Some of these things are in my control (I don't include the meditation in that; my sermons are, increasingly, something that seems to happen by another, sub-rational process I probably should address in another post). Some of these things are not in my control.

We started having this service in its current configuration my first year at St. Sociable. Good numbers the first year, slightly fewer attendees the second, fewer still the third. Last evening at 6:50 my thoughts were along the lines of, "We'll see how the numbers are this year, and maybe next year it will be time to try something different." And... the numbers were up. In short, we had a full house, including members of the community who are/ were new to me. Strangers. Glory!

And... the service came together beautifully. I changed up some of the elements of the service, adapting resources from Iona and Janet Morley's wonderful book, All Desires Known. I liked my meditation. I used somewhat unexpected music (unexpected for my congregation). In the end, I left the service feeling that I had worshiped, which doesn't happen automatically when I am in a leadership role.

I am tempted to call that-- the feeling that I worshiped-- a win. Which, I recognize, is only one tiny fraction of the picture, in terms of evaluating. If that's what we're doing.

Today we had a Good Friday service for the first time since I've been at the church. I was ready for painfully tiny numbers, and I was not disappointed. And because a significant part of my role was keeping silence following each of the Seven Last Words... it was a less than worshipful time for me, but my organist came to my office afterward, and whispering, said it was "powerful." She doesn't automatically do that. So, that feels like a win, too, despite the small attendance.

And, sincerely, if there had been just two or three of us, well, I believe Jesus has an opinion on whether that constitutes time spent in his presence.

I guess this is all fuzzy, but I'm in what is probably the most boring and predictable conundrum going for pastors: playing the numbers game, when I suspect numbers are the least helpful way to evaluate whether we have sincerely and thoughtfully tried to open a space for the holy in our little corner of Christ's body.

I'll let you know how Sunday goes.
Posted by Cecilia at 8:32 PM 2 comments:

At the other place.

Looking for prayers.
Posted by Cecilia at 5:01 AM 3 comments: