On Jonah and "Goodbye Rob Bell" 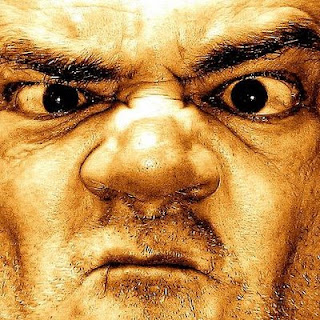 
In case you missed it, today is Ash Wednesday!

Just kidding. Of course you haven't missed it. Unless... you're reading this from the other side of the world where the day is mostly gone by now.

But I'm going to assume you haven't "missed it." I'm assuming the readers of this blog are all too aware of the dawning season of Lent, and our invitations to its disciplines, which, as the daily lectionary reading from Hebrews (12:1-14) reminds us, "always seem painful rather than pleasant at the time, but later yield the peaceful fruit of righteousness to those who have been trained by [them]."


In case you missed it, there has also been a fascinating controversy in the blogosphere in reaction (not response) to the advance publicity for Rob Bell's new book, "Love Wins: A Book About Heaven, Hell, and the Fate of Every Person Who Ever Lived." (Modest title, don't you think?) In fact, the controversy even made the New York Times.


Just to be clear, I haven't read the book. (It comes out next week.) But from what I understand, in it Bell suggests something that other theologians before him have suggested. He suggests-- and provides scripture evidence to back up his suggestion-- that a loving God whose intention is for everyone's salvation, will, in fact, make that happen. He believes that there is a hell, but most likely, it is empty.


I have no problem with this view.


But, boy, some people sure do, including one seminary friend with whom I went toe to toe on this for about 25 comments on F@ceb00k. Some people have a HUGE problem with the idea that hell is empty. In fact, some people seem downright threatened by it.


Reminds me of Jonah. Today's Hebrew Scriptures lectionary passage is Jonah 3:1- 4:11. Which means, the reluctant prophet preaches repentance to Nineveh, Nineveh gets it and God decides not to punish Nineveh-- in other words, successful prophetic mission accomplished-- and Jonah gets pissed. As in, "I'm going into the desert to sulk," pissed. As in, "I didn't want these people to be saved" pissed.


But this was very displeasing to Jonah, and he became angry. He prayed to the Lord and said, “O Lord! Is not this what I said while I was still in my own country? That is why I fled to Tarshish at the beginning; for I knew that you are a gracious God and merciful, slow to anger, and abounding in steadfast love, and ready to relent from punishing. And now, O Lord, please take my life from me, for it is better for me to die than to live.” And the Lord said, “Is it right for you to be angry?”


Is it right for people to be angry over God's desire to save? My seminary friend appealed to the Christian tradition, orthodox teaching, which tells us there's a hell. I appealed to the "reformed, always reforming" notion of what it means to be faithful day by day. I also appealed to scripture-- though not this passage, which may be more on point than most.


It is always good, in the face of these kinds of controversies, to ask, "Who stands to gain?"


To answer the first, we all do, of course. Everyone who is a sinner-- which, it is my understanding, is everyone, period. We all gain, because love wins and salvation is graciously extended to all. (That's the definition of grace, by the way. Unmerited good stuff/ God stuff.)


To answer the second, well, a select few. Who get to be gatekeepers (in their own minds), and to essentially say, "Nanny, nanny, boo boo" to everyone who doesn't do religion their way.


In the end, it's all about people trying to figure out how God thinks.


That's who I believe God is.

I saw some of your FB debate. I am mystified by anyone who doesn't want to start, go through the middle, and end, with "Love wins."

I got involved in a much shorter FB discussion instigated by one of MY seminary classmates, who wondered whether we can be the recipients of God's grace and forgiveness without action/response in the same vein on our part. I was the voice arguing: Yes; no contingencies.

Even if the no contingencies-love wins had not been my natural, instinctual, and supported0by-Scripture response all along, the experience of the last 2.5 years of my life leaves no other possibility.

Right there with ya, friend!

I have always assumed that if there is a place of torture where God sends irredeemable sinners that I was going to end up in that Hell.

How can a person be vehemently emotionally invested in the idea of a torturous hell unless they believe that they will go to "heaven" and those who have hurt them will get their "just deserts" and be punished for all eternity?

I gave in and preordered a copy of the book. A friend asked me to review it on his blog and I'll be posting a link on my blog.

Personally I believe in God's eventual "all in all." On the other hand, there is the Hitler problem. In some ways I've always liked the idea that hell is a place you can walk out of but there are some who are so invested in their spiritual blindness that they stay in hell even though they would be free to leave if they would let God cure their blindness. In the end its a mystery of course. The only question is can we give up our desire to do God's job by usurping the role of gatekeeper.

I read "Hope Beyond Hell" over three years ago, and it was like finding the missing piece of a puzzle. I had been praying and seeking God for answers about many scriptures that just didn't fit the 'sound doctrine' I had been taught as a child. When the mistranslation of 'eternal' was cleared up in regards to punishment, suddenly the bigger picture of the 'ages' came into view, and I felt the BOUNDLESSNESS of the love of God. It's been a long three years feeling so alone in this belief, but I'm so encouraged to see people are starting to believe...with God, ALL things are possible.

Asmac, there's a glitch on blogger... I tried to publish each of your comments, but they disappeared.

To be invited to the private blog, send me an email to revceciliapastor AT yahoo DOT com. I'd be happy to invite you!

Oh, MaineCelt, that is brilliant. I've just posted it on that social networking site.