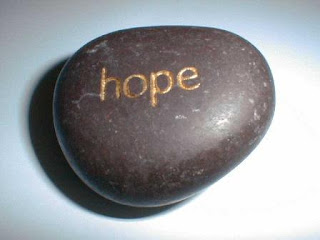 Here's how it usually goes.

Every two years my denomination holds its General Assembly, a gathering of representatives of all the presbyteries. During that meeting, which normally lasts about nine days, clergy and layfolk (all ordained officers, ministers and elders) discuss and deliberate changes to our constitution, as well as other proposed business- statements about world affairs, for example. Or whether or not to add another theological statement to our Book of Confessions.

In 1997 the General Assembly vote resulted in adding the infamous "amendment B" to the Book of Order-- that paragraph which, on the surface, would seem to apply equally to gay and straight alike, but which in fact has only been enforced against GLBTQ ministers, elders and deacons. It states,

"Those who are called to office in the church are to lead a life in obedience to Scripture and in conformity to the historicconfessional standards of the church. Among these standards is the requirement to live either in fidelity within the covenant ofmarriage between a man and a woman (W-4.9001), or chastity in singleness. Persons refusing to repent of any self-acknowledged practice which the confessions call sin shall not be ordained and/or installed as deacons, elders, or ministers of the Word and Sacrament."

There are many critiques that can, be and have been, leveled at this paragraph. One such critique is the fact that it calls us to be obedient to Scripture rather than God or Jesus Christ. Another is the absurd call to repent of any practice which "the confessions call sin", which, since our confessions are historical and include the Westminster Catechism, the Scots Confession and others, would include such practices as allowing women to perform baptisms and Bingo games. It's not well written, and it's theologically abysmal.

Three times since 1997 the General Assembly has sought to remove this language. This year, the proposed paragraph is the following:

“Standards for ordained service reflect the church’s desire to submit joyfully to the Lordship of Jesus Christ in all aspects of life (G-1.0000). The governing body responsible for ordination and/or installation (G.14.0240; G-14.0450) shall examine each candidate’s calling, gifts, preparation, and suitability for the responsibilities of office. The examination shall include, but not be limited to, a determination of the candidate’s ability and commitment to fulfill all requirements as expressed in the constitutional questions for ordination and installation (W-4.4003). Governing bodies shall be guided by Scripture and the confessions in applying standards to individual candidates.” ~ Amendment 10-A

Obedience to Jesus Christ, who alone is Head of the Church. Check. Authority, in this order: Christ, Scriptures, Confessions. Check. And finally, the right of the ordaining/ installing body-- church or presbytery-- to assess each candidate's gifts and calling. Oh check and Amen.

So, how it usually goes is, these amendments come to the presbyteries for ratification. The process is the equivalent of changing the US constitution: first congress votes, and then the states ratify. And usually, I maintain a somewhat detached, not too eager stance. I check in on the votes every once in a while. Sometimes there are signs of life of hope, but mostly, it looks like a losing battle.

Except, every time it happens, we get a little closer. You could chalk it up to demographics. As people, say, the ages of my children (23 and 18)  come to leadership in the church, of course, this issue will be resolved in favor of inclusion.

This year, it feels like the power of the Holy Spirit is at work.

And I'm enough of a superstitious Irishwoman to already regret "saying" that "out loud" by typing it here.

But it feels as if, maybe, just maybe, this is the year it will happen. We are ahead in the voting, for the first time ever. Right now we have a "net" gain of six presbyteries. We need a "net" of nine. Here is the voting chart as tallied by the Covenant Network.

The voting is far from over, our time may not have come.

Here is a link from a service I get that seems to relate to your posting.

Beautiful Wesley! That blog will be a new favorite. And I love Franciscan spirituality... always have.

Thank you for stopping by.

"Hope is that thing with feathers that perches in the soul and sings the tune without the words and never stops ... at all" Emily Dickinson